CATCHING CLIENTS ON THE FLY – #TXFlyFishingFestival

Towards the end of 2016 we formed a wish list of upcoming events that are local, family-friendly, and of course, incredibly fun to experience. Next, the introductions were sent via email to contacts with simple requests to merely start a conversation about their on-site coverage. Two weeks later, proposals have been sent, reviewed, and one approved by a new client!

The League Lady is thrilled to announce that we are honored to provide the digital marketing, advertising, and on-site coverage for the 1st Annual Texas Fly Fishing & Brew Festival. Executive Director, Beau Beasley manages the Virginia Fly Fishing & Wine Festival that is now celebrating 17 years and an iconic event within the industry. Texas has been on Beau’s wish list for awhile and after vetting the metroplex he selected the Plano Centre as an ideal venue for the first year.

Mark Thompson, Director of Visit Plano, told MidCurrent writer Erin Block, “This unique event is a first for Plano and should attract attendees from all over the region. We look forward to helping Beau and his team make this another signature event for Plano.” The full article “Inaugural Texas Fly Fishing & Brew Festival” was published in June 2016, officially announcing the event.

This month Louisiana Sportsman published their annual “Best of 2016” list including: “Notable Events coming up this Spring: March 11-12 – the first ever Texas Fly Fishing and Micro Brew Festival at the Plano Centre in Plano, Texas. It’s already generating a ton of interest on social media.” 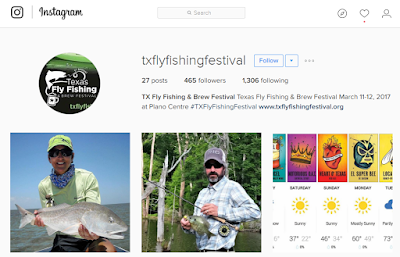 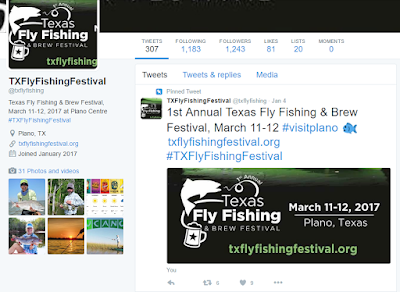 Coming up will be a newly developed #TXFlyFishingFestival YouTube channel to showcase the many pro-angler speakers slated to present during the festival weekend. This will include live-streaming folks paddling around in a kayak in the water inside the Plano Centre. Fly fishing and kayaks are like peanut butter and jelly in Texas. The Lone Star State is blessed with over 70 parks offering fresh or saltwater that include more than 150 lakes – a fisherman’s paradise awaits.

More information on the event: www.txflyfishingfestival.org